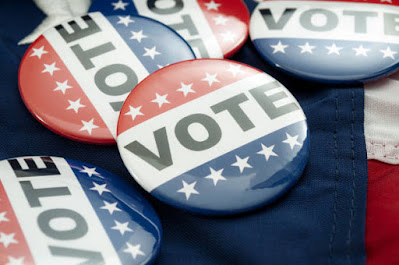 With the election in the rearview mirror, and a new administration set to takeover operations at 1600 Pennsylvania Avenue in January, it’s time to look ahead. But, one topic we wanted to explore that was relevant in the run up to the election, and should still be relevant now as we transition to a new administration, is what effects a presidential election has on commercial real estate.

During election years, it’s not uncommon for many investors to adopt a “wait and see” position due to the uncertainty of a new administration’s, incumbent or otherwise, impact on trade policies, interest rates, and tax law. Beyond the fear of the unknown, a new administration, Republican or Democrat, doesn’t necessarily lead to chaos within real estate markets. There may be, though, new policies put in place that could affect valuations and overall return on investment of commercial real estate property.

The four things most likely to be affected by a Presidential election are:

A cap rate is a tool frequently used to indicate “the rate of return that is expected to be generated on a real estate investment property. This measure is computed based on the net income which the property is expected to generate and is calculated by dividing net operating income by property asset value and is expressed as a percentage.” Low cap rates indicate the overall risk assessment and return on investment (ROI) are low, while high cap rates indicate high risk and high return.

Normally there are multiple factors that can affect cap rates, but during an election year there is the added variable of changes in interest rates as a new administration could cause rates to fluctuate. There is also the added risk, or reward, of the market reacting to new policies, which could affect available inventory.

Depending on which party has a majority in Congress, it is not uncommon to see changes or updates to current tax laws when a new administration comes in. When looking at laws that affect commercial real estate, the ones which could have an impact pertain to credits, deductions, and liabilities. Tax laws can be a double edged sword when it comes to commercial real estate, as new deductions could make a property an even better investment, while an increase in tax liability when a property is sold will cut down on the net profit the seller makes. As of this writing there is projected to be a divided, or at the very least balanced Congress, which makes it harder for either party to affect change for tax policies affecting commercial real estate.

Appreciation rates can be affected by the uncertainty an election year brings, as commercial property prices tend to rise slower in an election year as the market waits for the election results. Historically, this has benefited property buyers.

What elections don’t do is upend commercial real estate returns. A recent report which pulled National Council of Real Estate Investment Fiduciaries Property Index data from the present back to the 1970s, showed that ROI for institutional investors tended to do well under both Republican and Democratic administrations, averaging better than 8.5 percent annually. The report shows that investors should focus on economic cycles, interest rates, and developments in relation to COVID-19 to determine property and leasing trends, and fundamentals.

The election, ultimately, won’t have an immediate impact on the real estate market. While investment markets will be affected, those effects will happen over the course of the administration’s time in office, and will hinge on how policies affect spending trends that drive growth and industry.

That doesn’t mean industry professionals aren’t watching the election closely, though. In a survey conducted by Berkadia, both investment sales professionals and debt professionals said that the election was one of the most important issues impacting multifamily. There is possibility for disruption in the multifamily market if eviction moratoriums continue and there is no program put in place that backstops landlords.

While we could see changes to the 1031 Exchange program and the Opportunity Zone program under the Biden administration, the long-term effects won’t be felt for a few years, until we see how the market reacts to the laws and policies the new administration puts in place. Regardless of political leaning though, investors should feel confident that their commercial real estate investments should perform well, no matter which political party is in charge.