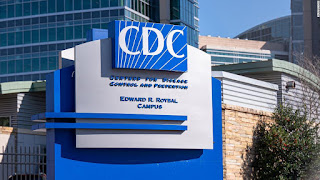 Earlier in the pandemic tenants and landlords may remember layers of complicated executive orders which outlined when tenants could be evicted for non-payments. At a federal level the evictions were for all apartment tenants whose landlord’s had a federally backed loan that lasted until the end of July of this year. On top of that, in New Hampshire, an eviction ban for all property types ran through June.

Under both of these programs it was noted that the rent money was still due even though there was an eviction ban in place.  However, there was concern that tenants who were in economic trouble would see their rent accrue and be faced with a lump payment at the expiration of these moratoriums. To combat this, Governor Sununu used some of the CARES Act funding to put direct payments into the hands of tenants who found themselves in these situations. The total funding amount was $35 Million, with just some of those funds making it out as of September.

Now another moratorium from the federal government has been issued. This time from the CDC, which outlines that tenants of apartments cannot be evicted for nonpayment alone. It only applies to tenants who earn less than $99,000 individually or $198,000 jointly. Additionally, they have to illustrate that they have exhausted all other assistance opportunities and that their inability to pay is based directly upon COVID. Much like the other eviction bans outlined above, this new program does state that the rent is still due.

This program is still new and it will take time to work out. Based upon what we are hearing, there are various housing groups lobbying around the order, which may result in further modifications or legal challenges. In the short term the ban is in effect and landlords should read in detail prior to taking any action against any tenant.