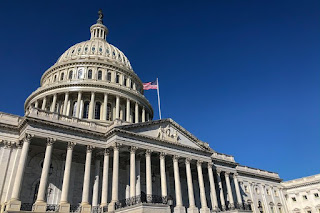 The Coronavirus Aid, Relief and Economic Security Act (CARES Act) was passed into law on March 25, 2020.  The Act had a number of large sweeping investments into states, businesses and individuals. The main ones that we have focused on in these blogs are those impacting real estate and small business. Tools within the Act included the Paycheck Protection Program (PPP) and Economic Injury Disaster Relief (EIDL).  Recently the State of New Hampshire has announced that the Flex Funds provided to the State within the CARES Act will in part be used for a Main Street Relief Fund, which was just put in place on May the 15th.

However, with all of these funds it is clear that the American economy is hurting even as states start to reopen. It should come as no surprise that many people started pushing for additional rounds of stimulus.  And so it came to pass out of the House of Representatives that the Health and Economic Recovery Omnibus Emergency Solutions (HEROES) Act was passed on the same day Governor Sununu announced the Main Street Relief Funds. The act outlines a number of spending and investment priorities for future relief for Americans. However it is a long way off from becoming law.

The $3 trillion dollar bill passed the Democratic controlled house by a vote of 208 to 199. In order to move forward the bill would have to pass the Republican controlled senate, where Senate Majority Leader Mitch McConnell has said that we should wait until we see how prior rounds of stimulus investment play out prior to passing new investments. Specific to the HEROES Act, he described it as a, “big laundry list of pet priorities”. It is clear that as written this bill is not going anywhere.

It is with that caveat that we jump into this writing to explore the “pet priorities” in the act. If, and when, future rounds of stimulus come, it will have to pass through the House and some of these fingerprints may be left on the commercial real estate industry.

The bill takes aim at expanding the aforementioned PPP and EIDL Loans. The former would be extended through the end of the year, with carve outs to ensure that some loans are given to small businesses. The latter would be given an additional $10 Billion worth of funding after those loans have seen their funding sources shrink.

The SBA 504 and 7A programs would see their loan limit increase to $10 Million each, which are currently at a fraction of those levels.

A proposed moratorium on evictions of non-paying apartment renters for 12 months after the acts passing would be one priority that would impact landlords.  In addition there would be $100 Billion of funds for rental assistance.

These are but a fraction of the priorities outlined in the $3 Trillion bill. Additional changes for personal and corporate tax structures are detailed as well as additional investments for states and schools. All of this discussion on stimulus is clearly theoretical. None of this has a chance of reaching the President’s desk for a signature as written. Keeping an eye on the text is important to understand what items could be coming down if we see yet another round of stimulus.