Liquidity In The Debt Markets During COVID-19 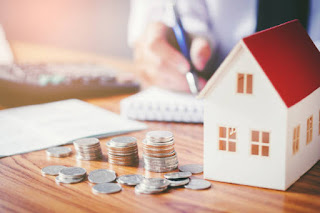 Despite the late snow into April it is spring in New England and we are getting ramped up for summer. Lawn, irrigation and project crews have never been busier. Investors with maintenance contracts are spending on their property despite the challenges being faced with COVID. Some of that spending is coming from prepaid contracts, some from cash from owners, while other capital is coming from the debt side of the house. So how stable is that debt or line of credit?

Lets start pre-COVID. Back over the holidays when we were all carving a turkey, this was not something to consider. The markets were flush with debt capital to deploy. This created not only low interest rates but also flexible terms such as lower down payments and other benefits.

Some have stated that the 2019 liquidity in the debt side was similar to the pre-financial crisis lending situation. From our perspective this is not the case. There were low interest rates. There was flexibility in lending. But that is where the similarities stop. When you think back to the challenges and the aftermath of 2008 and 2009, it was the underwriting.

Larger banks, many of them from out of state came in and dropped money across all asset classes like it was a snow day in April. When the dust started settling it became clear that the fundamentals were poor. But that only became clear when the banks had to take them back. We first hand reviewed these assets a decade ago when they came to us for valuations on the work outside, we can say that the fundamentals were off. They were off before the financial crisis. Keep in mind that the underwriting the local lenders were using was still more conservative. Aggressive but conservative.

Coming back to the 2018 and 2019 economy, there has not been as much competition from out of state lending institutions. The local lenders were flush with debt capital to deploy. They were flexible however they were not irresponsible. The fundamentals, particularly on the income valuation side were strong but not as crazy as they were 10 to 15 years ago. On the face value one could say that the price of multifamily on a per unit basis in Manchester has risen 30 to 40% over the past three years. You may consider this a hyperinflation, however the low vacancy rate and the underlying cash returns were still in place. In short the fundamentals were there.

Now we come to Spring of 2020. Are the fundamentals still there? We have still historically low vacancy rates for multifamily, office and industrial. The investment market has not been able to get enough of single tenant net leased assets. There is no inventory so pricing for assets is still high. However some lenders are looking concerned on the fundamentals, just different ones than buyers are interested in.

There is a concern of the softening of the leasing market, particularly on the multifamily and the retail side. Lenders look at B&C multi assets as a more risky proposition and some are pulling out entirely (in the short run) while others are looking at some principal and interest escrow that would have seemed strange to ask for just 90 days ago. There is some evidence to back their claims up. Non-essential retailers are asking for rent abatements in exchange for more term; apartment tenants impacted by the current situation have come to landlords seeking payment plans.

However despite these challenges there is a huge influx of capital into the market. Despite the challenges with the roll out the CARES Act did what it was intended in the short run. It dumped so much capital into the market that it created a bit of a rise in the stock market, it kept local businesses open and it kept some mortgages and real estate tax bills paid. Some lenders and buyers view this as the short term pain and the liquidity from the Fed will act as the bridge because the fundamentals are still sound.

The take away for buyers and investors is clearly the dynamic has changed. If you have not had a call with your lender in a month, consider doing so. Clearly understand what their view of the world is and how they are reacting to this economy. And continue to do so, weekly if necessary, they are as much your partner as another equity holder. Now when you go to invest back into that Spring time clean up you and your debt partner will be on the same page.
Posted by Norwood Group at Thursday, May 14, 2020