How The 2020 Session Of Congress Could Impact Commercial Real Estate 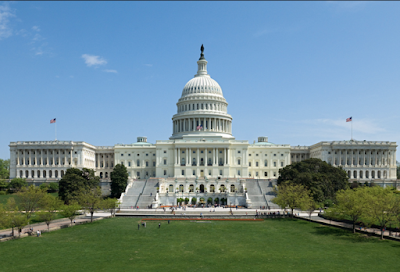 It’s the first quarter again, which means a new year and a new session of Congress. Don’t worry, we’ll leave the politicking to the politicians. In this month’s blog we want to take a look at a few issues that will be working their way through the House and Senate at some point on a federal level, and are poised to have an impact on the commercial real estate market.

The first issue we’re going to look at is that of the extension of the National Flood Insurance Program (NFIP). While originally scheduled to lapse the first week of 2020, Congress’ latest budget bill extended the program through September 30th.  Allowing time for Congress to work toward a long-term reauthorization of the program.

Getting that extension through was huge. If the NFIP lapsed it would have prevented the program from selling new policies or renewing existing ones. This could have caused a major logjam for sales of properties that required flood insurance. The last time Congress allowed the program to lapse was in 2010, and the National Association of Realtors said up to 40,000 property sales were put on hold during the almost a month it took for Congress to put together an extension.

While we tend to think of flood insurance as a need for the areas around the Mississippi, the reality is that there are many commercial buildings in the Granite State that are along rivers, and tidal bodies that require flood insurance to obtain a mortgage.

Another program that was set to lapse this year but got a last minute extension is the Terrorism Risk Insurance Program (TRIP). TRIP was established after 9/11 as a response to the period of disarray in insurance markets that ensued in the aftermath. The program requires certain private insurers to offer coverage against acts of terror and in return the government acts as a backstop in the event the insurance company is required to issue a payout due to a terrorist attack.

If NFIP and TRIP were to have lapsed with no alternative in place, it’s fairly safe to say that stability would have been disrupted in not only the insurance markets, but the real estate and commercial mortgage lending markets as well.

Another topic nationally is marijuana legalization. Starting January 1st Illinois became the 11th state to legalize marijuana for recreational use. As more and more states legalize the sale of marijuana, companies and industries that interact with the cannabis industry are finding themselves walking a tightrope between the state and federal government. While New Hampshire has not endorsed recreational marijuana, many of our neighbors have. For those who are interested in being landlord’s to industries in this space this is an important topic to follow.

As a way to protect commercial real estate and other industries as they do business with cannabis companies a bill was introduced called the Secure and Fair Enforcement (SAFE) Banking Act. The bill would protect businesses from federal prosecution for dealing with cannabis related businesses (CBR) that are legal under state law, such as leasing space for a recreational cannabis store or industrial facility for cultivation.

Currently, as marijuana is still illegal on the federal level, any company that does business with a cannabis related business is at risk to be prosecuted. This is along with the fact that most banks won’t do business with cannabis related businesses, which means any transactions done with a CBR are cash-only transactions, which puts employees at risk and opens up opportunities for white-collar crimes.

Unfortunately, though it has the backing of the National Association of Realtors, Credit Union National Association, the Real Estate Roundtable, and other various organizations, the SAFE Banking Act may be doomed. It’s been three months since the bill passed the House, and many Republicans in the Senate, including the chairman of the Senate committee on banking, Mike Crapo, have spoken about their significant concerns with the bill. Concerns that could derail it entirely.

These are just a few of the issues being talked about on Capitol Hill that could have major effects on the commercial real estate industry as a whole and could affect you as an investor or user. What are your thoughts on these issues? Is there a bill we didn’t talk about here that you think could is an important issue for those involved in the commercial real estate sector to be aware of? Let us know in the comments.

As the year goes on make sure to stay tuned to our Facebook, Twitter, and LinkedIn pages for updates on these issues and follow-up blogs on the happenings in Washington and how they might affect the commercial real estate industry.