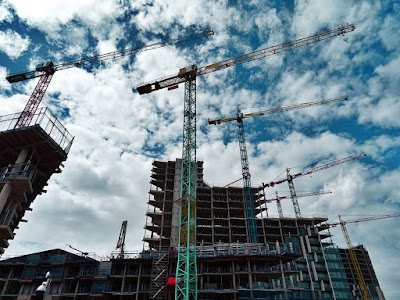 Where have all the skilled laborers gone?

The unemployment rate sits at 3.7 percent as of November 2018, with approximately 155,000 jobs created in that time. And employers within the construction industry and the trades are having a harder and harder time finding young, skilled workers to fill their employment needs. Part of this is because of the stigma that has been placed on having a career in construction. A thinking that has pushed young people away from the trades and toward a four year degree.

“We need to make construction sexy again.” said Bill Jean, Director of Business Development for Fulcrum Associates. “There are still those trades that are very physically labor intensive, but a lot of the trades are getting a lot more technical requirements associated with them now… I think you’re finding that you’re needing a little bit more of a technical staff, technical training.” There are a number of initiatives underway that are hoping to change how construction and trades careers are perceived, and employers recognize the need to invest in better training and apprenticeships for the next generation of skilled laborers. 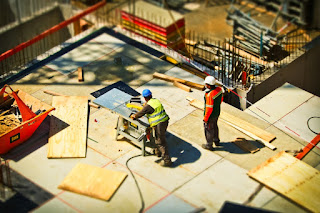 New Hampshire, though, faces a unique challenge with its labor shortage: the exodus of young people. Their ‘exit: stage right’ leaves the Granite State as one of the oldest states in the nation, with a rapidly aging workforce and population. The median age of a construction worker in New Hampshire is 44 years old, 3 years older than the national median of 41. As companies see their workforce get older and retire, they are not seeing nearly enough young talent come into the trades to replace the retirees. This doesn’t tell the whole story though.

The industry is still bothered by the scars of the last economic downturn, which saw many skilled tradespeople leave the area. Historically, many tradespeople in the construction industry have been migrant, going where the work is. The last downturn heavily impacted the New England market, with those that moved out never coming back. Trying to fill the boots of the tradespeople that left the area during the last recession has put that much more stress on companies that are already struggling to find workers for their current projects.

On top of the need for workforce, construction companies are getting hit in the wallet by the steadily rising cost of materials. Looking at almost any graph of materials cost from the past few years looks like the hill Sisyphus was forced to roll his boulder up. As of this writing, according to an analysis of U.S. Bureau of Labor Statistics done by Associated Builders and Contractors, construction material prices were 7.4% higher than they were at the same time the year before. Crude oil was up 47% over the past year. Much of that cost being due to mounting trade tensions between the U.S. and China, as well as the shadow of impending sanctions on Iran. Iron and steel were up 12.2% buoyed by the current tariffs, and with iron ore forecasts showing a continued rise in price that won’t subside any time soon. Finally, softwood lumber was up 5.4%, also affected by trade tariffs. 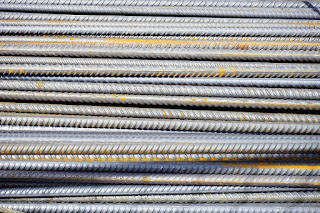 While the price increase for materials like softwood lumber haven’t affected New Hampshire’s industry much, due to resources in the Northeast and Canada, the rising cost of steel initially caused some friction within the market as the volatility during the early days of the tariffs caused prices to fluctuate almost daily. Unable to eat all of those price increases, many companies, like Fulcrum Associates, were forced to pass off the cost to the end user. Affecting planned projects and their budgets.

What does the crystal ball say?

While both of these variables seem to paint a dire picture for commercial construction in New Hampshire and nationwide, how much has the rising costs really affected business? According to the latest Construction Confidence Index released by Associated Builders and Contractors at the end of September, not much. The outlook from most construction firms is that sales will continue to rise over the coming months, with higher profit margins expected. The survey found that the CCI for sales expectations rose from 72.2 to 72.6 during the second quarter, and expectations for profit margins increased from 63.4 to 64.5.

Bill Jean and Fulcrum Associates concur with the report. “Beyond 12 months the crystal ball gets a little fuzzy, but certainly if you’re looking at a 6 to 12 month window we feel very confident about the strength of the market and the industry. We don’t see a great trend upwards in profitability, but we’re still finding that work is being heavily competed for. There’s a lot of it out there, and there’s probably more of a volume available out there [today] than there has been in the last decade.”